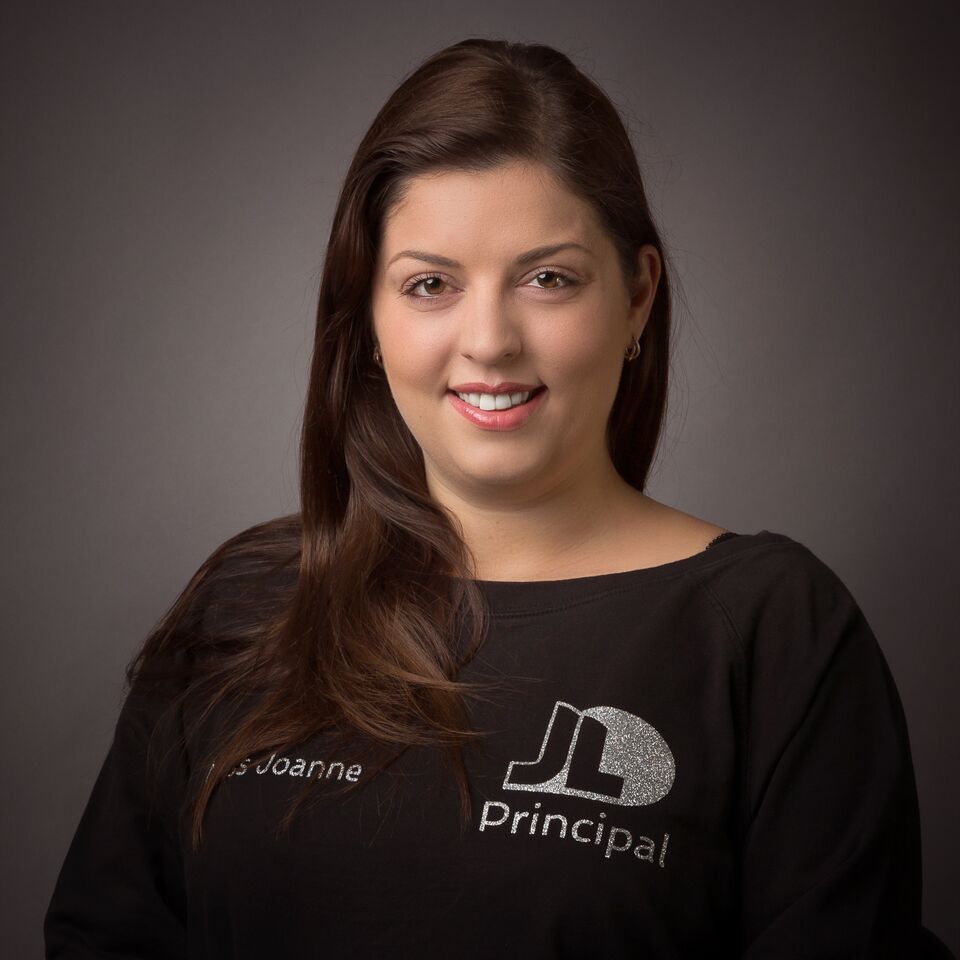 Miss Joanne is the owner and founder of JL Dance & Performing Arts Academy. She has danced since the age of three, she began studying her teaching qualifications at the age of eighteen and has been teaching since 2004. Straight out of GCSE Joanne successfully auditioned at Performers College in Essex and was awarded a full scholarship. With her heart set on teaching, when she completed her time at college Joanne returned and began teaching classes in a hired room at Mill Hill School in Ripley after having taught at other dance schools in Derbyshire and Leicestershire. Joanne’s classes soon became very popular, as her tremendous ability to turn non-dancers into excellent performers became apparent. Many believe that you need to have been dancing since pre-school age if you ever want to be successful in the dance industry. Since Joanne began teaching for herself in 2011, she has had several students who had never danced before and seen them through to successfully auditioning at notable companies such as Elmhurst, Evolution Foundation College and English Youth Ballet. It is through her ‘never too late’ attitude, coupled with her talent for teaching and firm belief that anyone is capable of achieving anything they put their mind to that Joanne has been able to continually build and grow JL Dance & Performing Arts Academy into one of the most highly respected dance schools in the area, with a reputation of being “not your typical dance school” while being underpinned with all the values of a family run business. Her notable qualifications include ISTD DDI in Tap, Ballet and Modern as well as Associate Tap, Ballet & Modern with the IDTA and holds a level 2 Exercise to Music qualifications.

Miss Lucy joined the JL Family in 2014. The addition of Miss Lucy to our team allowed us to offer a diverse range of Musical Theatre and Contemporary lessons. She brings with her over 10 years experience in teaching and has studied ballet, tap, modern jazz, theatre craft, gymnastics, contemporary, and freestyle. Her performance experience includes contemporary dance at the Edinburgh Fringe Festival, African and contemporary dance at DeDa, street jazz at Pride Park for various events, cabaret entertainment as part of a dance troupe and for the delegates at the Headmaster’s Conference in both Manchester and Derby. She has been fortunate enough to create pieces of dance with assistance from professional contemporary choreographers such as Jonathan Burrows and Xavier le Roy. She was a model and dancer for I’ll Defined’s music video Hit That Floor. In the field of education Lucy has taught A level and GCSE dance students, led performing arts workshops and performances in primary schools, dance demonstrations for community projects and has taught a range of classes at a local dancing school. Presently she teaches at various performing arts schools in the East Midlands.

Miss Annie is currently studying her ISTD Diploma in Dance Education(DDE) here at JL Dance and will soon be beginning her DDEs in Tap, Ballet & National too. Annie is currently in her 3rd year of Nottingham Trent University where she is studying Geography. In her 11 years of dance competitions Miss Annie has won over 100 medals from competitions both local and far from home. (Kings Festival, Midlands Dance Festival and British Troupe Championships to name a few!) Miss Annie also has completed workshops with a number of dance guru’s such as Matt Grieh from ‘Antics’ (Got To Dance), Jo Scanlan, Creative Director of Tap Attack, and Ashley Banjo, founder of ‘Diversity’ (Britain’s Got Talent). Annie has also performed on stage at Disneyland Paris, The Nottingham Royal Theatre and most recently Her Majesty’s Theatre London. Having danced since the age of two, Miss Annie has a wealth of experience in dance and we’re delighted to have her with us as part of ‘TeamJL’ to share her valuable experiences with our students as she continues her dance teacher training and development.

Miss Amy joined the JL Dance Family in September 2016 and currently teaches on Saturdays.  She grew up in Kent with her Mum, Dad and sister and began attending dance classes at nine years old where she participated in dance examinations, dance festivals and also performed in five pantomimes.  At the age of eighteen Amy attended Millennium Performing Arts where she completed three years of full-time training and was awarded most improved student of her year group at graduation.

After college Amy worked two seasons abroad as a dancer performing in four shows per week.  She completed six months working in Pelagos Hotel in Kos and eight months for Kanika Entertainments in Cyprus.  Whilst living in London in between she worked as a supporting artist on a variety of TV and film productions including Eastenders, Lewis and Mr Sloane to name a few.  Aged twenty-one she was a stand-in for a child actress on the film Broken and even shot a mini-stunt!

In 2014 Amy moved to Derby and begun teaching ballet classes alongside working full time as a continuous improvement specialist.  She passed her vocational ISTD Intermediate ballet exam in October 2018 under the guidance of Miss Joanne.  Amy is continuing to work towards her teaching qualifications and currently holds a National Diploma in Dance at Level 6. 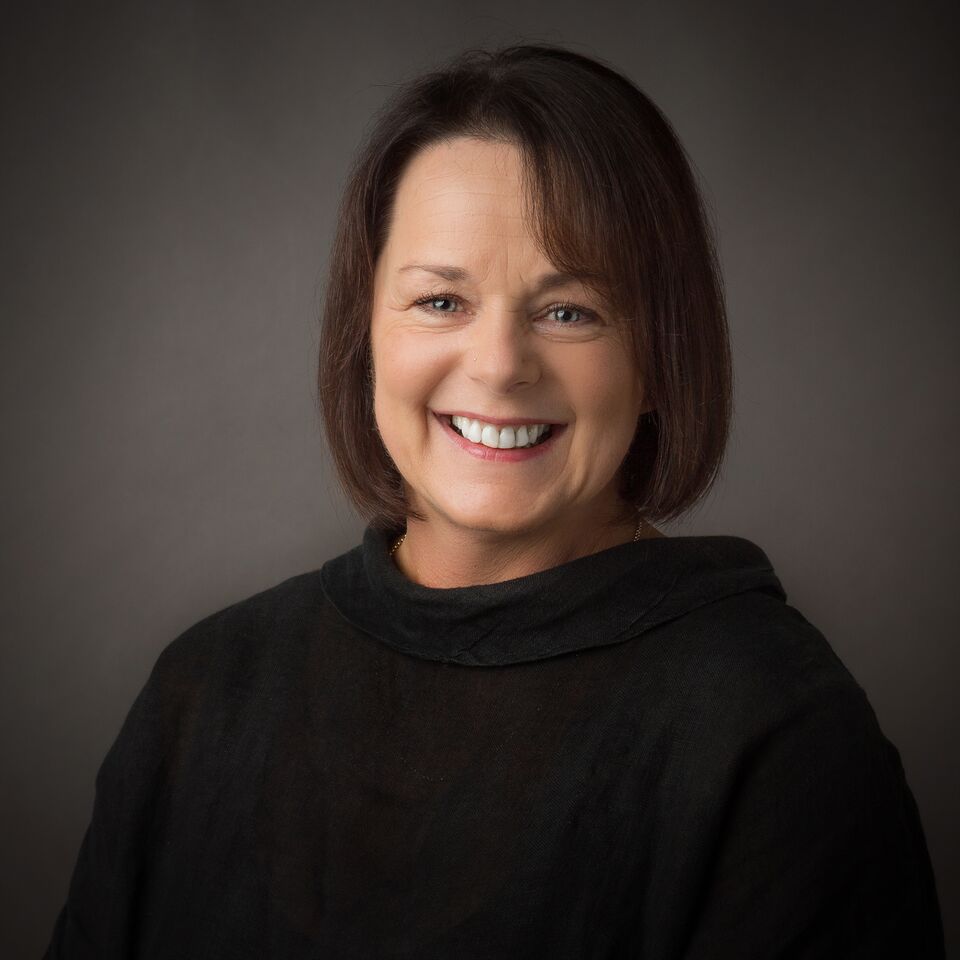 Miss Jayne is an ISTD Fellow, a National Examiner and on the National faculty at the ISTD Committee, she is also an adjudicator for the British and International Federation of Music and Dance Festivals. Jayne is the owner of her own very well established and thriving dance school, has celebrated over 30 years of success as Principal of The Pirouette Academy of Dance in Leicestershire! Prior to opening her own school, Miss Jayne was in the original London Cast of Annie, and performed in several pantomimes while training as a teacher. Miss Jayne tutors ISTD Diploma in Dance Education for Tap, National Dance and Modern Theatre here at JL Dance Academy.

Rob Howarth is Miss Joanne’s brother, as the school expanded Rob noticed more and more opportunities to use his skills for the benefit of the school. Deciding to leave his job as a full time fitness trainer, Rob joined the JL Team! While still working as a Master Trainer for Virgin Active Ltd & SAQ International, Rob manages the technical and administrative side of the school, he looks after our social media and writes our group emails. Rob also advises our teaching staff on strength and conditioning techniques. His notable qualifications include Exercise to Music, L3 Advanced Personal Training, L4 Exercise Management of Low Back Pain, City and Guilds Award in Education and Training, SAQ FM & eEMP. 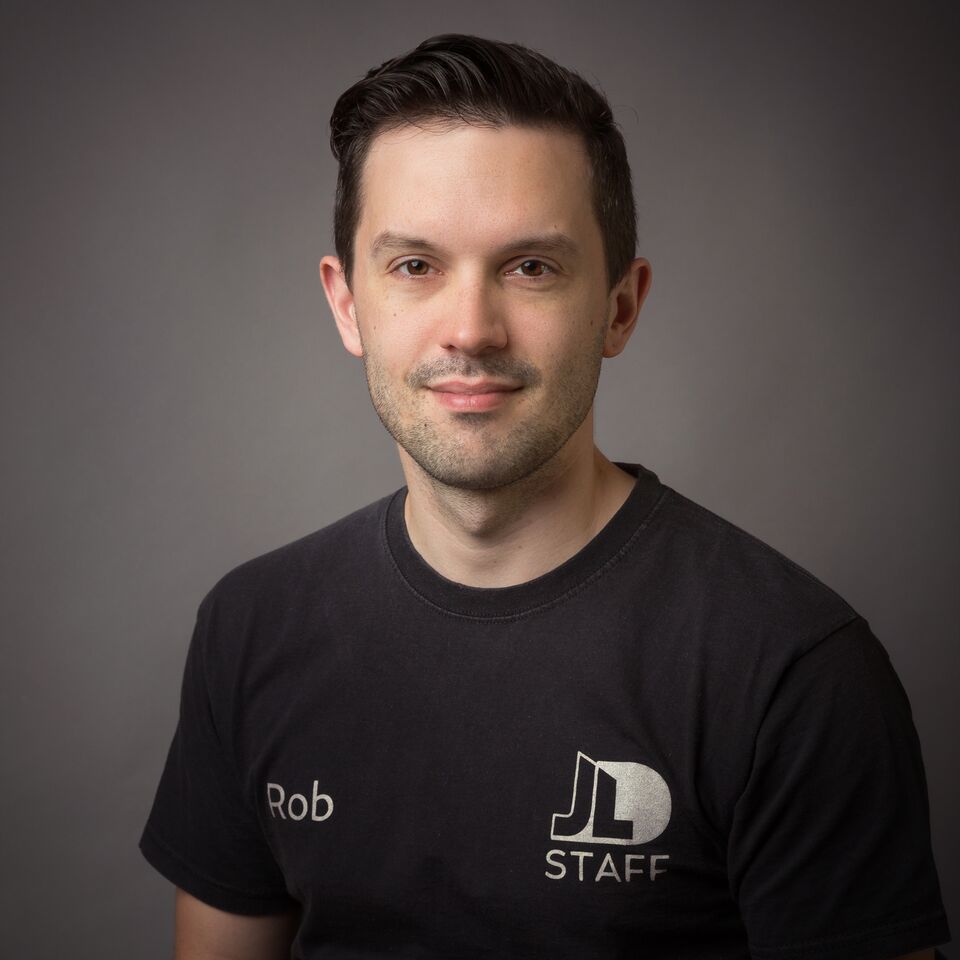 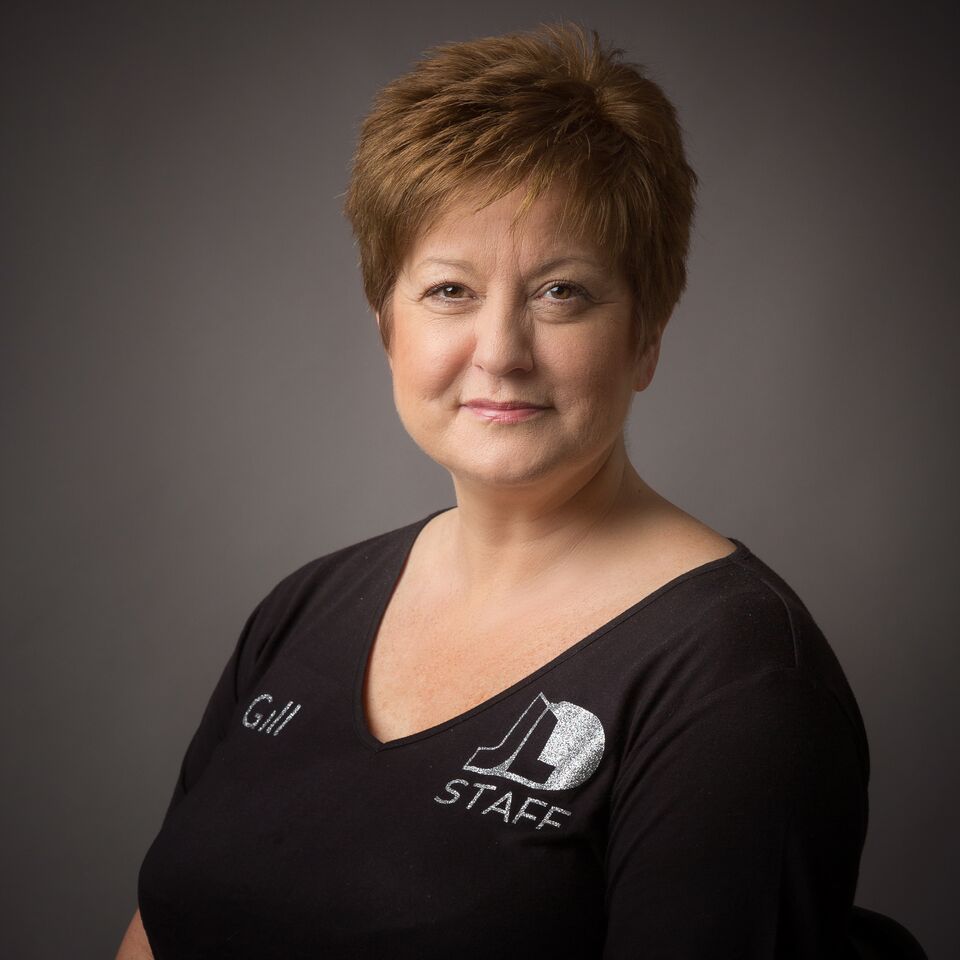 Gill is is the original Dance Mum! She’s Miss Joanne’s Mum, and so has just as many years experience being involved in Dance as the principal herself. Gill is so much more than a receptionist, she also doubles up as stage crew, hair and make-up artist and costume alteration wizard. If you’re having any worries or concerns about your child starting something new, going on stage for the first time or trying out at a big scary audition then Gill is the lady to talk to, she’s been there and lived it. Gill’s years of experience as a real-life Dance Mum are invaluable, not only is she a great source of reassurance and information for any new-comers, she also helps us constantly remember what it’s like to be on the other side, so we’re always aiming to run our business in a way that is as customer friendly as possible by keeping our communication clear and our prices competitive.